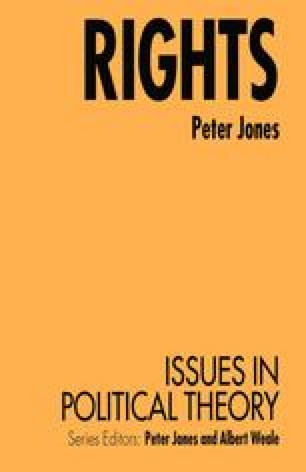 The Morality of Rights

In examining what it is to have a right I have so far given some attention, but not very much, to the distinction between legal rights and moral rights. Of these two sorts of right, it is legal rights that have proved the less controversial. Of course, there can be plenty of argument about what legal rights people ought to have, but that they can and do have legal rights is not generally contested. Similarly there is some scope for argument about what legal rights people actually possess, but that scope is limited by the established legal rules and judicial precedents of a society. Claims about the content of people’s moral rights, and the very claim that they possess moral rights, have proved much more controversial. It is time, then, that we attended more closely to the specific idea of moral rights.