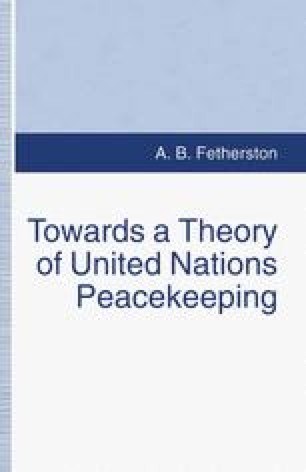 The United Nations was founded in the period immediately following the Second World War. The swiftness with which the new international organization was established owed much to a considerable amount of planning and lobbying by private groups particularly in the United States prior to the end of the war. In addition, and partly as a result of that pressure, United States President Franklin D. Roosevelt, British Prime Minister Winston Churchill and the leaders of the other Allied powers had signed three documents which proved crucial to a gathering momentum toward the creation of a new international organization. In August 1941, aboard a ship off the coast of Newfoundland, Roosevelt and Churchill signed the Atlantic Charter, where they put forward the principle of the establishment of a ‘wider and permanent system of general security’.1 In January 1942, twenty-six countries allied against the Axis powers signed the Declaration of United Nations. This was the first time the term ‘United Nations’ was used, and the document affirmed the principles set out in the Atlantic Charter. Finally, on 30 October 1943, leaders of the Soviet Union, China, Britain, and the United States signed the Moscow Declaration iterating the principle of establishing an international organization which would focus on the maintenance of international peace and security.

Security Council Dormant Period Informal Consultation International Peace British Prime Minister
These keywords were added by machine and not by the authors. This process is experimental and the keywords may be updated as the learning algorithm improves.
This is a preview of subscription content, log in to check access.