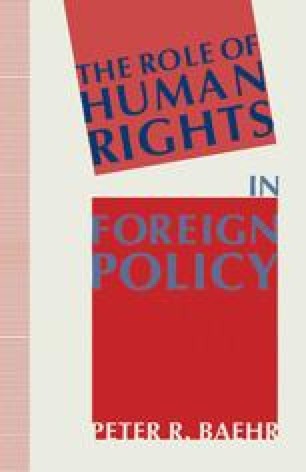 Governments command a great number of instruments which can be used to influence other governments’ policy. Such instruments vary roughly from ‘making a friendly request’ to military intervention. Between these two extremes lie many possibilities. The late Evan Luard, a British diplomat and scholar, has presented a list of such possibilities, which is discussed below.1

Foreign Policy Policy Instrument Security Council Military Intervention Fundamental Freedom
These keywords were added by machine and not by the authors. This process is experimental and the keywords may be updated as the learning algorithm improves.
This is a preview of subscription content, log in to check access.