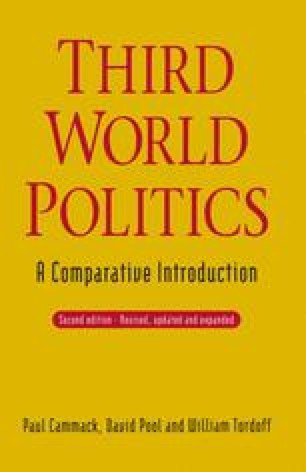 The Third World in the Global Economy

The history of the Third World is to a large extent the history of its incorporation into a global economy dominated by Western Europe, the United States, and Japan. In their colonies, the imperial powers imposed taxes, deprived indigenous farmers of land, and sought to stimulate new ‘needs’ by introducing consumer goods, all in an effort to raise revenues and force local populations into providing labour for commercial farming and export-oriented production. In time the process of incorporation became largely self-propelled as new local élites sought to extend and deepen the process of development, and opportunities for survival entirely outside the market economy were eroded. In the twentieth century, mineral or agricultural export-based orientation began to give way to industrialisation, first in Latin America, then in East and Southeast Asia in particular. In the 1970s and 1980s dramatic global trends combined with particular regional situations to produce quite varied outcomes in the areas of the Third World we consider.