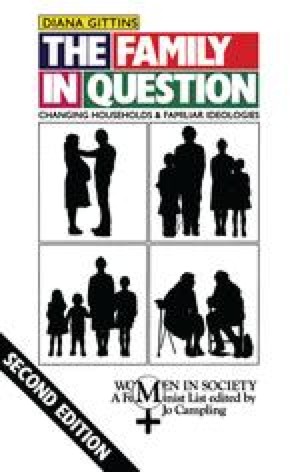 Is the family in a state of crisis?

Chapter
Part of the Women in Society book series (WOSO)

Concern that ‘the family’ is in a state of crisis is not a new phenomenon. It was of grave concern to many middle-class legislators and reformers of various political hues in the nineteenth century; it was a concern during the inter-war period, and in the past decade has re-emerged as a contentious political issue. It causes most concern during periods of economic recession, when there is a change in the rate of population growth, and/or during times when fear of political unrest and upheaval is acute. The three, of course, often go together, and all provide an insight into why ‘the family’ becomes a political issue during such periods.