Women in the Middle East 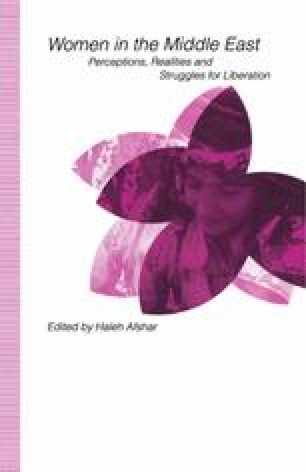 Women, Marriage and the Law in Post-Revolutionary Iran

Before the revolution of 1979, Iran was one of the few Muslim countries whose family laws, originally based on the shari’a (Islamic law), were radically reformed. The Family Protection Law of 1967 (FPL) substantially modified some of the inequalities inherent in Islamic family law. It abolished men’s unilateral right to divorce and put women on an equal footing with men in matters of divorce and child custody.

Marital Conflict Civil Code Legal Reform Muslim World Child Custody
These keywords were added by machine and not by the authors. This process is experimental and the keywords may be updated as the learning algorithm improves.
This is a preview of subscription content, log in to check access.