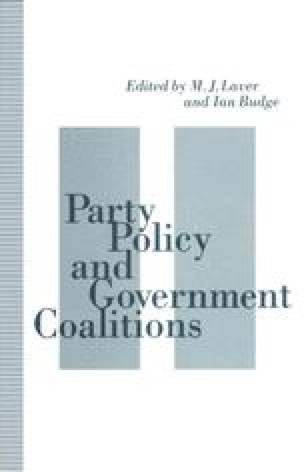 The post-war era of government formation in Norway can be divided into two distinct periods. Prior to the Storting (parliamentary) election of 1961, Norway had a series of stable, single-party, majority governments. After this watershed election, which deprived the Norwegian Labour Party (Arbeiderpartiet) of a parliamentary majority for the first time since 1945, Norwegian governments have typically been less stable, more often than not minority administrations, and in several cases coalitions. Since 1961 Norway has had thirteen minority and only three majority governments. Seven of these governments have been coalitions, whereas nine have consisted of only one party. While the basis of Norwegian governments has changed substantially over the post-war period, other patterns of government formation have remained stable:

Government Coalition Labour Party Government Formation Minimum Winning Coalition Minority Government
These keywords were added by machine and not by the authors. This process is experimental and the keywords may be updated as the learning algorithm improves.
This is a preview of subscription content, log in to check access.