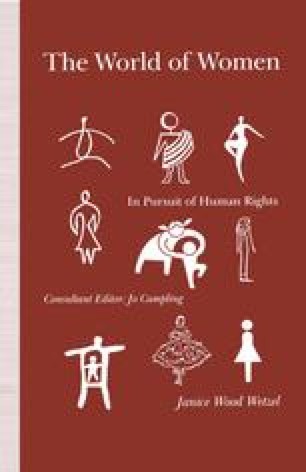 From Sex Roles to Sex Industries

It has been recognized for some time that sex role identification is a universal aspect of human development. Three aspects are involved in the process: (1) sex role preference, the desirability of one sex over another (2) sex role adoption, sex-related behaviors, and (3) sex role identification, the incorporation into one’ s personality of characteristic sex role responses (Lynn, 1959). Despite years of intensive research, it is impossible to assert that behaviors are intrinsically female or male. What has become clear is the fact that the environment is a major factor in sex role stereotyping, regardless of the tendencies of a person of either gender.

Sexual Exploitation Poor Woman Flip Chart Village Woman Wealthy Woman
These keywords were added by machine and not by the authors. This process is experimental and the keywords may be updated as the learning algorithm improves.

The knowledge that the personalities of the two sexes are socially produced is congenial to every programme that looks forward towards a planned order of society. It is a two-edged sword.