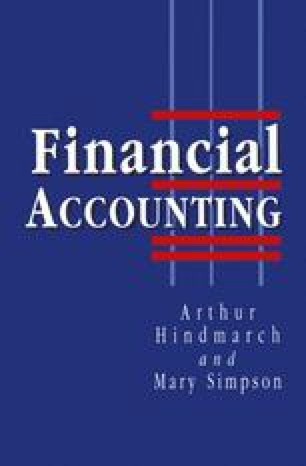 Chapter 10 continues the analysis of the balance sheet by analysing the financing of the firm. We consider how firms obtain their finances through the use of owners’ equity, by incurring long term liabilities and by organising and controlling their working capital. A firm will require resources to cover its short term requirements — for example, to finance its holding of stock and debtors and to make payments to its creditors. These issues are analysed in Sects 10.8 and 10.11. It will also require finance to procure its long term investment in fixed assets such as land, buildings and machinery. We examine the major factors which contribute to the firm’s financing decisions, and provide a framework for the analysis of financing problems. Long term and short term finance and the concepts of equity and debt are analysed and the importance of liquidity is examined in Sect. 10.10 as a special problem in the financing of the limited company. We begin with an explanation of different forms of ownership of an organisation, and illustrate how the method of financing a business may be related to the type of organisation involved.

Balance Sheet Financial Risk Limited Liability Debt Financing Working Capital
These keywords were added by machine and not by the authors. This process is experimental and the keywords may be updated as the learning algorithm improves.
This is a preview of subscription content, log in to check access.