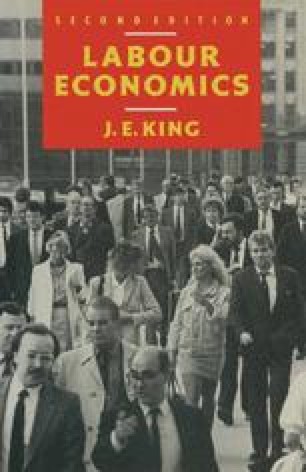 The large and enduring differential in pay between blacks and whites in the United States is documented in Table 6.1. Note that this relates to income from all sources, including property, self-employment and social security payments, not only from employment: the trends in black-white earnings differences are, however, broadly comparable. Down to 1965 the incomes of black men were only a little more than half those of whites, increasing thereafter to around two-thirds. The incomes of black women rose spectacularly between 1955 and 1970 in relation to those of white women, and increased again in the late 1970s before falling back somewhat in the 1980s. Relatively to whites, black women now do very much better than black men.