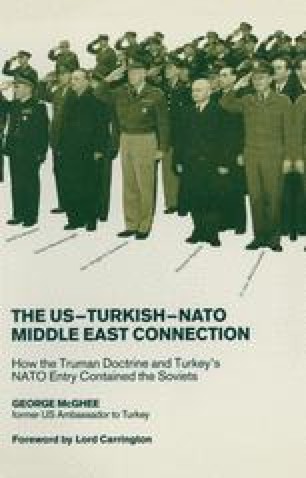 Although military co-operation remained the centrepiece of US-Turkish co-operation, the base had gradually broadened to include discussions on bilateral military aid and training, NATO, the goal of a Middle East defence organisation and the right strategy to pursue with the Arab states. Because of Turkish participation in the Marshall Plan and the European Economic Committee, economic matters were also more frequently on the agenda, and the United States responded to the efforts Turkey was making to liberalise its economic system and attract US investment.

Middle East Middle Eastern Military Training Arab State Paris Declaration
These keywords were added by machine and not by the authors. This process is experimental and the keywords may be updated as the learning algorithm improves.
This is a preview of subscription content, log in to check access.