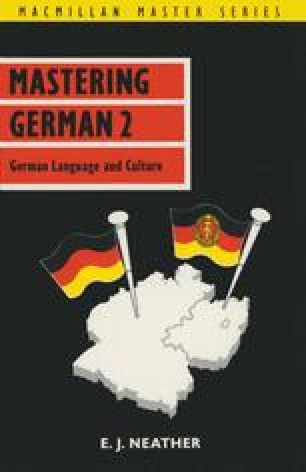 In the Federal Republic, the educational system has been run at the level of the federal states, the Länder, rather than by central government, and the result is a certain amount of variation among the different Länder, according to their political persuasion. The Länder governed by the Socialist SPD (Sozialistische Partei Deutschlands) have experimented with forms of comprehensive school, called the Gesamtschule. On the whole, however, the Gesamtschule is still not very widely established, and the general pattern is still a tripartite school system for the secondary age-range. After Grundschule from the age of 6 until 10, children are either selected for the academic Gymnasium, for the more practical Realschule or for the Hauptschule. The first of the articles below speaks out against this sort of selection and makes a case for comprehensive schools.