The Nature of Work 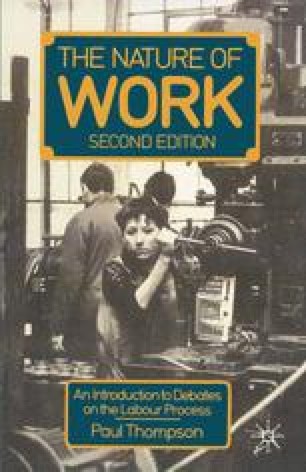 Towards a Core Theory

In renewing Marxist orthodoxy, Braverman inherited and reproduced many of its weaknesses in a different form. Notable examples include a failure to account for the effects of worker resistance on the development of production, the assumption of homogenisation of labour, and the underestimation of varieties of control. This created a context for a body of criticism and alternatives within labour process theory which have substantially modified the original framework. Such modifications have ranged from changes in how we view categories of skill, resistance or control, to highlighting neglected or missing areas such as consent and gender raltions. As was noted in the Introduction, we must now start from the post-Braverman situation, rather than pretend that there is some kind of fixed orthodoxy that has remained unaltered since the mid-1970s. However, it would be dishonest to pretend that a starting point internal to the framework is uncontentious, whatever the degree of common ground achieved in the debate.