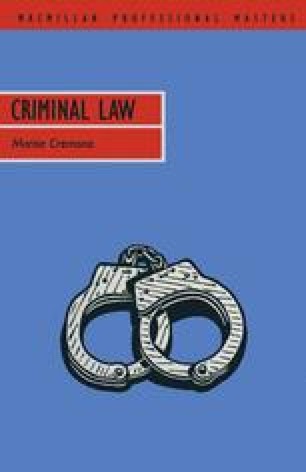 Homicide is the generic term used in the criminal law to describe those crimes in which the accused causes the death of another person. There are different forms of homicide, and the law governing them is a combination of common law and statute. The major distinction is between murder and manslaughter; the main ingredients of murder are defined by the common law, although the scope of the offence has been affected by statute. Manslaughter is also primarily a common law offence, and covers cases of homicide where the mens rea of murder is lacking. However there are also special types of manslaughter, created by statute, where the presence of an additional factor reduces what would otherwise be murder to manslaughter: the most important of these are manslaughter by provocation, and manslaughter by reason of diminished responsibility (a form of mental abnormality). A further form of statutory homicide is causing death by reckless driving, in which the mens rea is the same as for common law manslaughter, and which is differentiated solely by the manner in which the death is caused (by reckless driving: see Chapter 9.6).