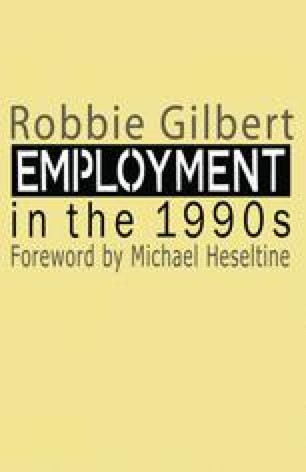 Economic dislocation is a catalyst of social change. In the second half of the 1980s the fabric of British society may seem sound enough, but unemployment has been over a million for most of the last fifteen years, and over two million for the best part of a decade. Such prolonged, mass unemployment can be expected to disturb the foundations of society and to require some restructuring later.

Youth Unemployment Capital Spending Public Service Employment Mass Unemployment Technological Unemployment
These keywords were added by machine and not by the authors. This process is experimental and the keywords may be updated as the learning algorithm improves.