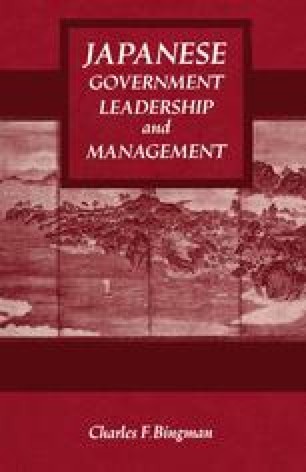 Central Guidance of a Decentralized Public Service: the Case of the Education System

There is nothing in their whole society that gives such clear insights into the Japanese character as their education system. When the Japanese finally decided to educate their whole population, they did so with a drive and zeal and degree of commitment which was awesome. The corporate world has not been the sole creators of a race of over-achievers. It has really been one of the grateful beneficiaries of a school system which is one of the most structured and demanding in the world. But that system is also one in which stress is deliberately applied to five-year-olds, and 15-year-olds are confronted with “make or break” decisions that can affect their entire lives.

Education System National Government Junior College Vocational Education Program School Lunch Program
These keywords were added by machine and not by the authors. This process is experimental and the keywords may be updated as the learning algorithm improves.
This is a preview of subscription content, log in to check access.