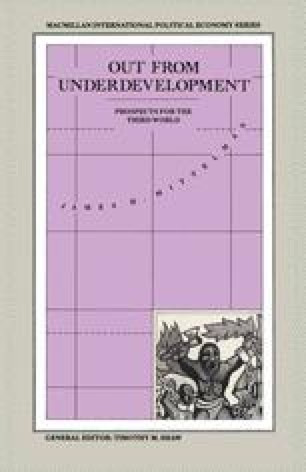 Out from Underdevelopment pp 27-44 | Cite as

Sources of Received Ideas about the Third World

The Acholi, a Nilotic people in northern Uganda, are wedged in a stretch between Zaire, Sudan and Kenya. The standard maps do not identify their locale as Acholi-land. I first encountered them when a fellow student invited me to his home, a mud-thatched hut, one among many surrounded by a makeshift thicket fence erected to keep out intruders, human or otherwise. Afterwards I discovered that the plight of the Acholi is told in a moving tale, Song of Lawino, by the late Okot p’Bitek, an Oxford-educated poet and novelist who directed the National Cultural Centre of Uganda. Indeed, the personal meaning of the changes stalking the Acholi, and the bulk of the Third World, is encapsulated in the lives of two fictional Ugandans; Lawino is a perceptive, uneducated woman who cries out in anguish over the new-found ways of her husband, Ocol:

Underdeveloped Country American Foreign Policy Dependency Approach Modernization School Modernization Thinking
These keywords were added by machine and not by the authors. This process is experimental and the keywords may be updated as the learning algorithm improves.
This is a preview of subscription content, log in to check access.