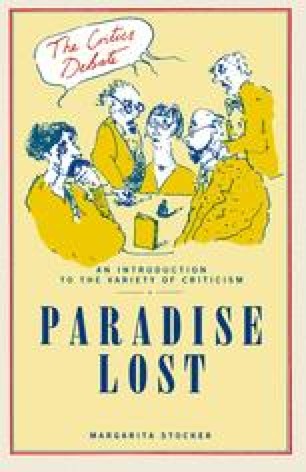 Given the alterations in the horizon of expectations which have occurred since the passing of Milton’s ‘fit audience’, what can later readers, like Johnson and the modern Satanists, tell us about the writing of Paradise Lost? While the contemporary audience can tell us a great deal about what Milton’s intention was taken to be then, from the perspective of the 1980s we have to recognise that the interpretation of Paradise Lost has a historical aspect also. Readers now inherit all the readings which have been made in the past, so that (for instance) the Satanist reading is a known element which we bring to the poem rather than gain from it. Whether or not the Satanist reading is ‘true’ does not much matter, in the sense that we cannot avoid being aware of this possibility in the poem. Because modern interpretations always include a consciousness of previous interpretations, we cannot recapture the impact of the epic upon its first readers. We cannot be innocent readers. The best example of our inheritance of earlier readers’ views (our inheritance, like humankind in Milton’s poem, of ‘original sin’ so to speak) is the pervasive influence of Johnson’s critique. Surprisingly, Johnson is still the most influential critic of Paradise Lost. This is most true where it is least expected.