Combat Motivation of the Polish Forces 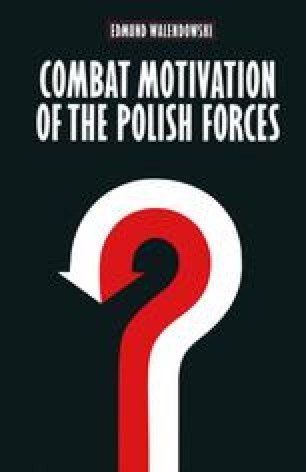 Combat motivation is affected by many variables, but the three most important are small unit cohesion, ideology and discipline. Theoretically, each variable alone could motivate soldiers to fight. A unit which possesses close social bonds between its personnel and leaders is more likely to sustain its fighting spirit than one which has poor social relationships. Even if such a unit is not motivated by ideology or discipline, it can still continue to fight if its leaders are determined to do so. The loyalty of the men towards their superiors and compatriots allows them to persevere in their duties despite adversity. For how long such individuals may continue to fight without added ideological or disciplinary incentives is open to question.

Polish Force Polish Unit Officer Corps Military Unit Polish Military
These keywords were added by machine and not by the authors. This process is experimental and the keywords may be updated as the learning algorithm improves.
This is a preview of subscription content, log in to check access.