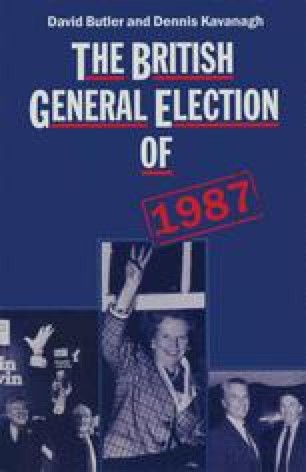 At the outset, the 1980s did not promise to be the Thatcher decade. But events developed in a way that made the period a ripe seed-bed for the values and the style of government that Margaret Thatcher represented. The Falklands war established in the public mind her strength and her patriotic drive, and the turn-around of the economy suggested a general picture of Conservative competence. Her party’s ascendancy was enormously aided by the division of the opposition between a Labour party, dragged down electorally by its unpopular left wing, and a new-born Alliance, full of drive and middle-class idealism, but never quite able to establish itself as the real alternative to the Conservatives. In a world of three-party politics, 42% of the votes were enough to give Mrs Thatcher a comfortable hold on power.

National Health Service Trade Union Opinion Poll Local Election Labour Party
These keywords were added by machine and not by the authors. This process is experimental and the keywords may be updated as the learning algorithm improves.
This is a preview of subscription content, log in to check access.