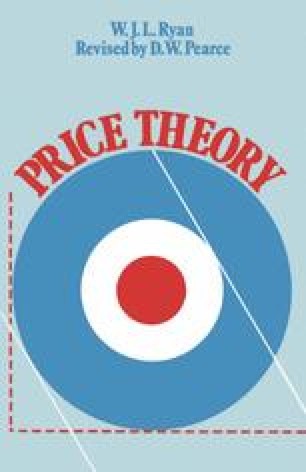 We have generally assumed in the preceding chapters that the firm’s current behaviour was circumscribed by past commitments. Some time in the past, the firm built, bought or leased factory buildings of given size and design, installed in them a number of machines and certain quantities of other equipment, and hired managerial and executive labour. While these past decisions still bind it (i.e in the short-run), the firm is limited in each production period to the alternative outputs that these ‘fixed’ inputs can produce with the aid of certain variable inputs. From the range of possible outputs, the firm, in the light of its expectations about the prices of its products and of its variable inputs, chooses that which promises, when produced and sold, to achieve its objective. In the last chapter, we showed also how the going firm would revise its sales plan in response to changes in the expected selling price of its product: the locus of these revisions was the firm’s short-run supply curve.