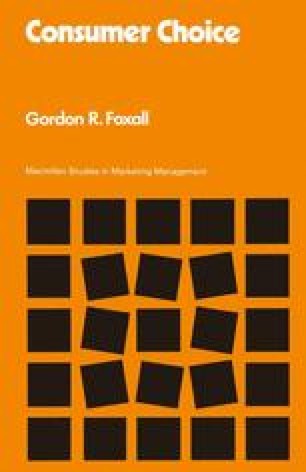 The application of the behavioural sciences to the study of consumer choice has tended to be piecemeal. All too often concepts from sociology and social psychology have been sought for in order to ‘explain’ the observed phenomena only after the data have been collected. Progress has been haphazard. Even allowing that scientific advance is frequently the result of serendipity rather than planned, theory-grounded investigation, consumer research as both a commercially relevant activity and as the basis of a developing academic discipline is, more than should be the case, ad hoc.

Scientific Advance Academic Discipline Consumer Research Consumer Choice Alternative Perspective
These keywords were added by machine and not by the authors. This process is experimental and the keywords may be updated as the learning algorithm improves.
This is a preview of subscription content, log in to check access.