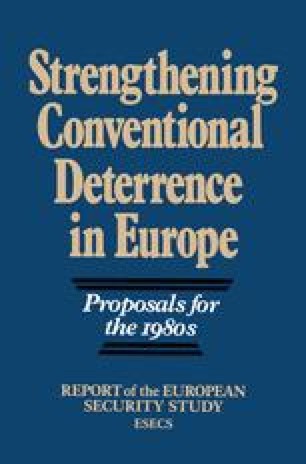 Soviet forces in general, but particularly those in or near the Central Front, are undergoing an extensive modernization program and operational reorganization which are significantly increasing the threat to NATO. One of the Soviet improvements is the increased capability to threaten NATO rear areas through the deployment of new tactical aircraft with greater range and payload, through expanded specialized forces, and through a massive growth in helicopter forces. Another is the increasing capability to conduct mobile, high-speed combat operations through improved firepower support, and through a more balanced divisional structure that permits added flexibility and includes the concept of the Operational Maneuver Group (OMG), a high-speed special-purpose exploitation force. The Soviet improvements also include better air defenses and substantially upgraded theater nuclear capabilities.

Nuclear Weapon Chemical Weapon Workshop Report Ballistic Missile Ground Force
These keywords were added by machine and not by the authors. This process is experimental and the keywords may be updated as the learning algorithm improves.
This is a preview of subscription content, log in to check access.

© The American Academy of Arts and Sciences 1983