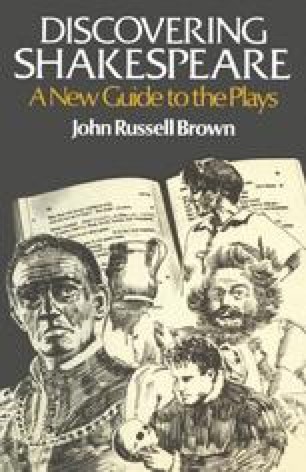 In his mind, as he writes or rewrites a play, a dramatist takes all the parts himself. If he has been an actor, the imagined performances will be detailed and precise. If he has had a hand in casting, production or management, he may envisage, at some stage in composition, the whole process of rehearsal and something of the final test of performance. Shakespeare, who was both actor and manager, must have experienced all this very keenly. He knew that his script would be realised by fellow members of the Chamberlain’s Men—or after the death of Elizabeth 1, the King’s Men—and so he would be more able than most modern dramatists to set the play in action in his own mind. The performers of his play would be men whom he knew very well from daily and creative contact. Their individual rhythms and voices, the pitch, pressures, excitements and tricks of their characteristic performances, their varied experience and imaginative reach, would all be somewhere in his consciousness as he wrote, and would mingle, from time to time, with the imaginary men and women whom he created for the fictions of his plays.