A Fairer Future for Children 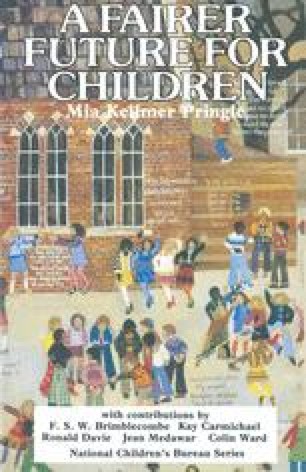 Alternative Futures for Parents and Children

My aim is to question myself and other middle-class, academic and professional people about our attitudes to poverty and the poor. It is time to examine the assumptions on which our behaviour and practice are based. All of us share feelings of helplessness in the face of the problems involved in enabling the poor to escape from their poverty. Practitioners and academics are increasingly uncertain about what can be done to make such escape possible. I want to discuss reasons for that uncertainty and some alternative styles that may be emerging. Increases in unemployment as a result of technological change could mean that much larger numbers than we ever envisaged could be transferred into poverty. Our concepts about who are the poor may have to change.

Middle Class Social Security Benefit Body Esteem Alternative Future Educational Priority
These keywords were added by machine and not by the authors. This process is experimental and the keywords may be updated as the learning algorithm improves.
This is a preview of subscription content, log in to check access.