The New Poor Law in the Nineteenth Century 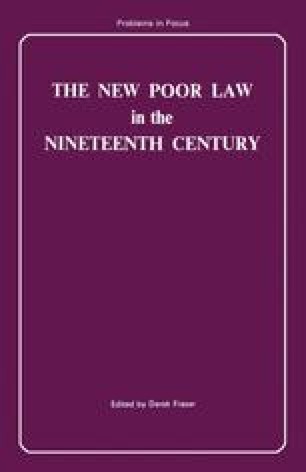 The nineteenth century witnessed an urban as well as an industrial revolution, in which expanding towns grappled with the problems created by rapid economic and social change. For several important provincial centres, however, such as Exeter, Bath, Norwich and Shrewsbury, it was a period, not of unparalleled growth, but of stagnation. Their experience serves as a reminder of the variety of urban history; under the New Poor Law, as under the old, diversity was often the system’s most conspicuous characteristic.