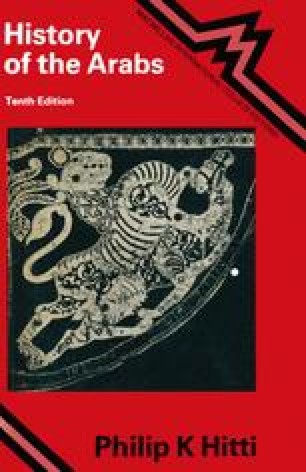 The Koran the Book of Allah

The year following the death of Muhammad, according to the orthodox view, abu-Bakr, on the recommendation of ‘Umar, who had observed that the Koran memorizers (ḥuffāẓ) were becoming extinct, ordered that the scattered portions of the Koran be collected. Zayd ibn-Thābit of al-Madīnah, formerly Muhammad’s secretary, was entrusted with the task. Fragments from “ribs of palm-leaves and tablets of white stone and from the breasts of men”1 were brought together and a text was constructed. In the caliphate of ‘Uthmān (644–56) various readings in the current copies arose, due mainly to the defective nature of Kufic script; ‘Uthmān accordingly appointed in 651 the same Zayd as chairman of the committee on revision. Abu-Bakr’s copy, then in the custody of Ḥafṣah, daughter of ‘Umar and one of Muḥammad’s widows, was used as a basis. The original codex of the fresh version was kept in al-Madīnah;2 three copies of this text were made and forwarded to the three military camps in Damascus, al-Baṣrah and al-Kūfah, and all others were destroyed.