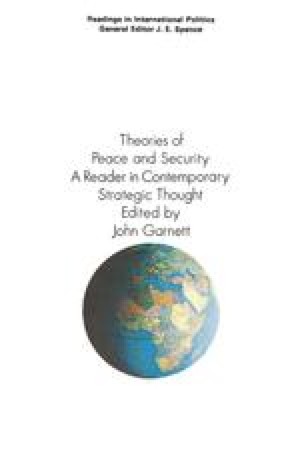 Strategic studies is in some ways a monstrous, pathological subject, distasteful to many, and congenial to only a few. It takes as its starting point the brutal fact that the power to hurt and harm is endemic in international, as in all human, societies, and it is concerned with exploring the ways in which the capacity to coerce, maim, kill and destroy are exploited in the relations between independent sovereign states. Attention is focused on the role of military force, that is to say, on the organised and legally sanctioned instrument of violence which is officially used by states to pursue their interests in competition with other states. However, strategic studies is wider than the study of war and it is instructive to see how traditional, purely military definitions have given way to more general ones.

Foreign Policy National Security Nuclear Weapon Military Force International Politics
These keywords were added by machine and not by the authors. This process is experimental and the keywords may be updated as the learning algorithm improves.
This is a preview of subscription content, log in to check access.