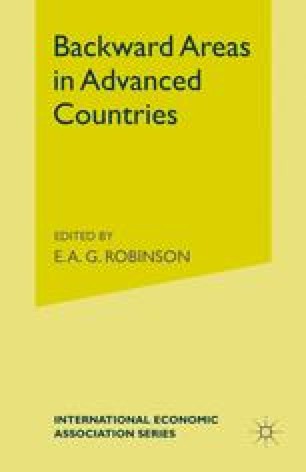 The Backward Region of Fribourg in Switzerland

Switzerland has one of the most highly developed economies in the world, but there are appreciable differences in the level of development as between one canton and another. This may seem astonishing in so small a country; the explanation lies in natural and human divisions. Factors of production do not easily move between cantons, and there is no large-scale federal expenditure to equalise opportunities between unequally well-endowed regions. Yet a poor canton does not compare with a rich canton in the same terms that a depressed area compares with an advanced one, and this is one reason why the case of backward regions in Switzerland is of special interest.

Economic Expansion Equalisation Payment Agricultural Income Swiss Plateau Mountain Pasture
These keywords were added by machine and not by the authors. This process is experimental and the keywords may be updated as the learning algorithm improves.

Translated from the French by Elizabeth Henderson.