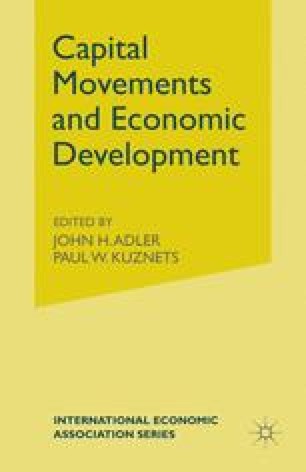 The Historical Record of International Capital Movements to 1913

It is now half a century since the appearance of C. K. Hobson’s pioneering study, The Export of Capital.1 Published in the year when the First World War broke out, the book did not attract the attention it deserved until well into the inter-war period. Hobson’s was the first systematic attempt to produce annual estimates of British capital exports for the period 1870–1912. The fact that later research has thrown doubt on some of his figures does not detract from the magnitude of what he achieved. It is convenient to take this work as our starting-point in considering the quality of the sources and the extent to which the main problems of measurement have been overcome.

Foreign Investment Capital Formation Export Price Underdeveloped Country Capital Movement
These keywords were added by machine and not by the authors. This process is experimental and the keywords may be updated as the learning algorithm improves.
This is a preview of subscription content, log in to check access.