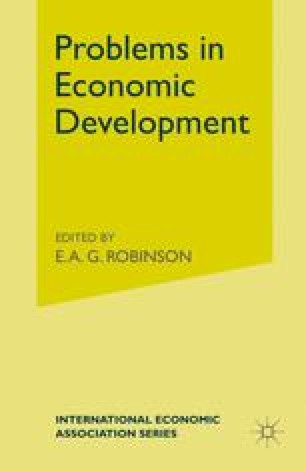 1. The main purpose of this paper is to consider the scope and limitations of international commodity arrangements as instruments for promoting economic stability and growth, particularly from the point of view of the less developed countries. In the closing years of the war and in the immediate post-war years very high hopes were entertained of the creation of a widespread network of individual commodity agreements as part of a new international economic order. The paucity of concrete results achieved so far stands in striking contrast to this. There have been a large number of resolutions by the United Nations and Specialized Agencies and other inter-governmental organs urging the negotiation of commodity agreements; there has also been a great deal of preparatory work and discussion concerning individual commodities. Yet, in the seventeen years since the end of the war, international agreements have been concluded for only five commodities — wheat, sugar, coffee, tin and olive oil. Of these, the only two presently functioning as agreements which qualify as producer-consumer agreements and contain some operative provisions designed to influence world trade, are those for wheat and tin.1 The total value of world trade in the five commodities for which agreements have been concluded in one form or another, accounts for about 10 per cent of world trade in primary products.

International Agreement Export Earning World Price Operative Provision International Commodity
These keywords were added by machine and not by the authors. This process is experimental and the keywords may be updated as the learning algorithm improves.

The views expressed in this paper are the personal views of the author and do not commit the organization to which she belongs.