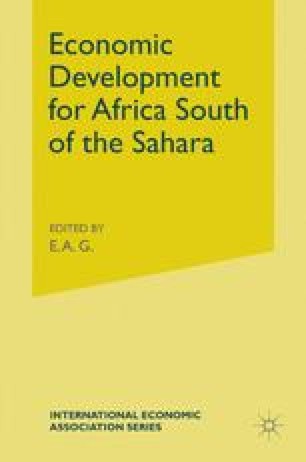 If any national economy is to increase per capita income, more rapidly over time than hitherto, there are certain things that its adult population must do. First, its entrepreneurial managers must innovate better methods and more useful products faster, whether they do so on their own account or as government officials. Secondly, people must work longer and harder, and perhaps some persons now outside the regular labour force must become productively occupied. Thirdly, people must save more, and these savings must somehow be invested economically. Obviously, there are many other things that backward but developing countries must attempt, such as expanding exports to attract foreign capital. But the funda mentals of development are more improved technology, more labour effort, and more invested savings.

Capita Income Rural Labour External Economy Subsistence Economy Budget Surplus
These keywords were added by machine and not by the authors. This process is experimental and the keywords may be updated as the learning algorithm improves.

The title of this paper, as originally prescribed for another writer, was ‘Private and Public Initiative in Development Programming’. The present author has interpreted this to mean organizing ways in which government can encourage public officials, and especially private persons, to do some of the things most necessary for a ‘typical’ African national economy to develop.