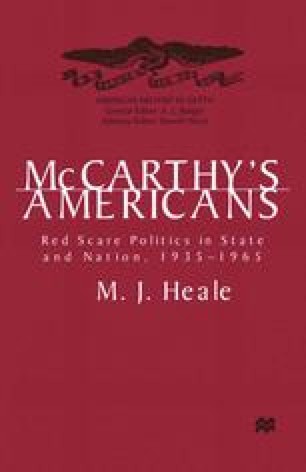 Ostensibly at least the traditional political order stood fast in Georgia in the mid-1950s. The monopoly of the Democratic party had not been questioned, the legacy of white supremacy had not been dented by the few African Americans who had secured the vote, and the offices of state were commanded by conservative racists in the tradition of Eugene Talmadge. In some respects this citadel of the Deep South seemed even more solid than ten years earlier, for the reform element which had emerged with the New Deal had all but disappeared, while additional barriers had been erected against political change. Even the state’s few bona fide Communists had vanished, while civil rights organizations could barely function.