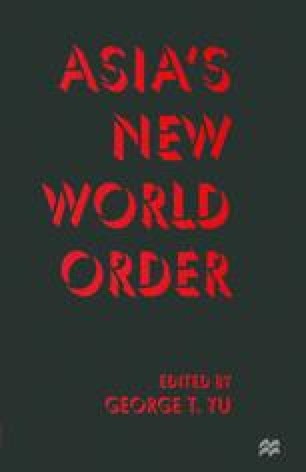 Capitalism and the East Asian Miracle

The past decade has been a major turning point in the post World War II era. History books will probably indicate this by focusing on the end of the cold war: the collapse of the authoritarian, socialist states in Eastern Europe and the former Soviet Union and the rise of more liberal and democratic states in their place. Yet, governments and the political parties that run them change much more frequently than the economic systems societies adopt to determine how they will allocate their scarce resources among their unlimited potential uses. Because they are much harder to change rapidly or radically, economic systems are rather enduring and it is the collapse of the Soviet-type economy throughout the socialist world and the emergence of elements of a capitalist, market system in its place that is the more remarkable phenomenon of the past decade.

Economic System Total Factor Productivity Capitalist Economy Labour Force Participation Rate World Order
These keywords were added by machine and not by the authors. This process is experimental and the keywords may be updated as the learning algorithm improves.
This is a preview of subscription content, log in to check access.