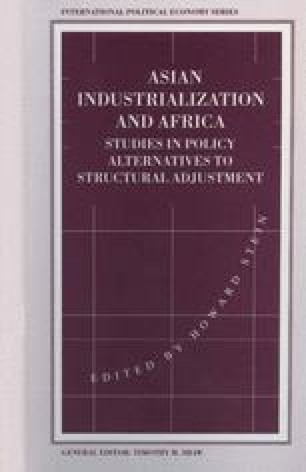 Colonialism and Entrepreneurship in Africa and Hong Kong: A Comparative Perspective

The contrast in rates of economic growth between post-colonial African states in general and a number of their equivalents in Asia is dramatic. Between 1980 and 1989 economies grew by 10.4 per cent per year in East and Southeast Asia with GNP per capita increasing annually by 6.3 per cent. Over the same period the sub-Sahara African states recorded − 1.2 per cent as an average (World Bank, 1990b; 1991).

Chinese Society Power Structure Upward Mobility Chinese Business Colonial State
These keywords were added by machine and not by the authors. This process is experimental and the keywords may be updated as the learning algorithm improves.

An earlier version of this paper was presented at the Second Global Entrepreneurship Conference, Imperial College, London, 1992. The support of the Institute for the Study of Economic Culture, Boston University, and of its Director, Peter L. Berger, is gratefully acknowledged.