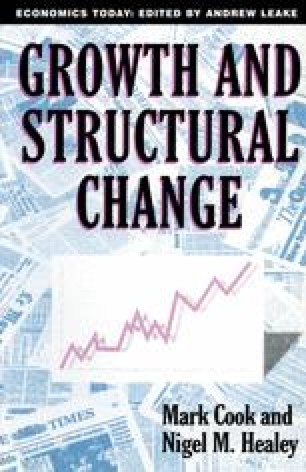 The Role of the European Union

Even before Britain’s membership of the Community, its trade with the European Union (EU) was becoming increasingly important and was growing faster than its trade with the Commonwealth. Prior to its entry, the UK government placed great emphasis on the dynamic effects of EU membership. Producers, governments argued, would have a much larger ‘home’ market and thus firms would benefit from economies of scale. The increased competition from abroad would force UK firms to become more efficient, would lead them to invest more, improve their expenditure on R&D and thereby aid the growth process. So what went wrong? One estimate was that as a result of joining the EU, UK imports of manufactures increased by £8 billion from her new partners, home sales fell by £4.5 billion and exports to non-partners fell by £1.5 billion. Britain’s trade balance was worsened and output of manufactures fell by at least 1.5 per cent of GDP. A problem for UK industry was structural rigidity which prevented better economic performance, certainly in the short term. Moreover, the role of state procurement in all EU countries prevented competition and gave little incentive for efficiency. These barriers in existence during the first two decades of UK membership are still in evidence despite efforts to dismantle them and are a major hurdle for firms such as those in the UK whose markets have been subject to reduced government support.