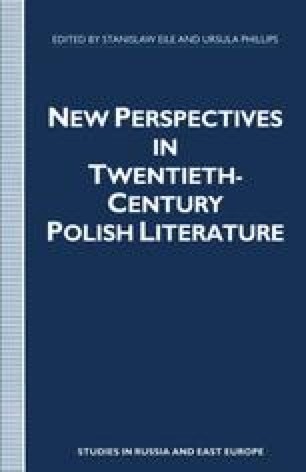 At the End of the Century

The eighties and the beginning of the nineties have been unusually fertile for Czesław Miłosz. Besides two volumes of verse, Unattainable Earth (Nieobjęta ziemia, 1986) and Chronicles (Kroniki, 1987), he published Hunter’s Year (Rok myśliwego, 1990), a selection of earlier essays, and wide range of poetry in English translation. Furthermore, he published many of his own works and translations in periodicals. His youthful, truly creative vigour was outstanding as he celebrated his eightieth birthday and the sixtieth anniversary of his literary debut. His ‘passionate pursuit of the real’ (CP 25)1 did not falter for a moment. Mary Magdalen and I (Maria Magdalena i ja), And Yet (A jednak), The Return (Powrót) and Adam and Eve (Adam i Ewa) were written at the prompting of Eros. He dedicated the exquisite On Parting with My Wife, Janina (Na pożegnanie mojej żony Janiny) to his life’s companion. The greediness of the never-satisfied senses goes hand in hand with openly religious nostalgia, and the ecstasy of existence accompanies thoughts of approaching death. Such issues as the suffering that calls divine mercy into question, the incomprehensible limitations of human existence, and the simultaneous fleetingness and endurance of the poetic word rear with force.

Human Fate Early Essay Passionate Pursuit Eightieth Birthday Suspended Time
These keywords were added by machine and not by the authors. This process is experimental and the keywords may be updated as the learning algorithm improves.
This is a preview of subscription content, log in to check access.