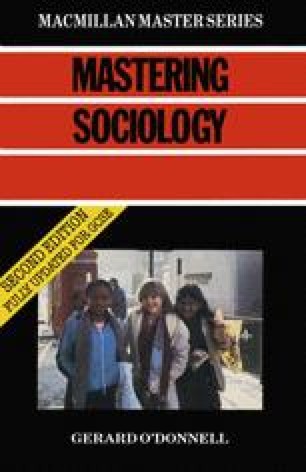 Societies change for many different reasons. There may be physical conditions such as drought, flooding or crop failure which necessitate a change in production and living patterns, or migration. For example the potato famine of 1846 resulted in a mass exodus of rural Irish peasantry to the urban areas of America and Britain. This clearly influenced the society which they had left, and the society that received them. As with most migration, those that left were often the most active and ambitious, with the result that many rural Irish communities stagnated. In the United States the destruction of the buffalo herds by white settlers and soldiers between 1865 and 1875 ruined the economic base of Indian civilisation.