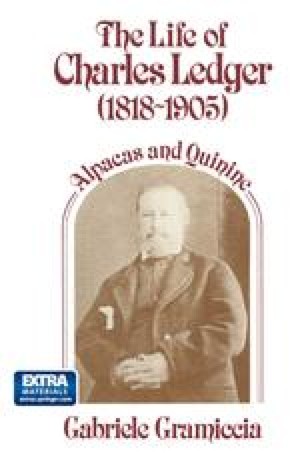 The alpaca enterprise, not forgetting cinchonas

Although Charles Ledger did not respond to the requests he was receiving for the exportation of alpacas, on account of the difficulties and the penalties now in force, he started preparing himself for a possible opportunity in the not-too-distant future. The result of earlier attempts by others to export the animals convinced him that a very thorough preparation based on experience was essential. Step by step he made his plan and took action. At the beginning of 1848 he rented a large estavera or ranch, Chulluncayani, on the frontier of Peru and Bolivia midway between Tacna and La Paz in the middle of the Cordillera, and not far from Lake Titicaca. A weekly post operated by an Indian on foot carried mail up and down between Tacna and La Paz, a distance of 85 leagues [380 km; 236 miles] in six days at a cost of 10 silver dollars each way. The mail runners called at Chulluncayani, where Ledger offered them a good supper, a warm room to sleep in, and a good breakfast and a handful of coca leaves next morning for their return journey. The postmen were pleased to serve him. Their bag and other impedimenta weighed 45–60 lb [20-27 kg]. In Chulluncayani, Ledger, though beginning to collect and breed alpacas, continued his trade in wool, in bark smuggled across the border, and in copper from Corocoro. Manuel was with him, and perfected Ledger’s knowledge of bark. As Ledger writes: had it not been for Manuel I never should have known the existence even of the ‘Rojo’, ‘Roxo’, or, as styled by the Cascarilleros, the Tata’ (father) cinchona tree. It was he who sorted out or pointed out the slabs or ‘tablas’ in the different lots of Calisaya bark I purchased J. cali, or, more correctly, coli, means ‘red’ in the Indian language, hence Rojo in Spanish].