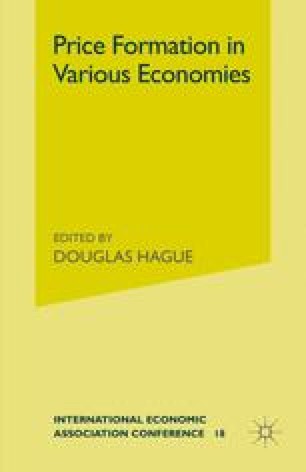 Every manufacturing firm, a textile company, say, or an engineering company, may be looked at from a number of very different points of view, such as its financial flows, goals, and so on. For purposes of a detailed analysis these aspects had best be discussed separately before attempting to present a comprehensive model. The firm may be considered in terms of its financial flows, production processes, goals and roles, and I shall begin by examining each of these separately.

Profit Margin Manufacture Firm Work Unit Debt Ratio Financial Flow
These keywords were added by machine and not by the authors. This process is experimental and the keywords may be updated as the learning algorithm improves.
This is a preview of subscription content, log in to check access.