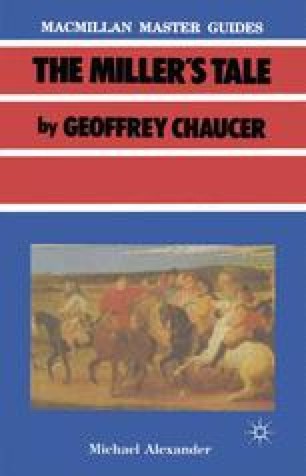 While we know a good deal about Geoffrey Chaucer’s public career, we know little of his life and less of his personality. He was regarded by his successors as the best of English poets and eventually as the father of our poetry. Chaucer is not only a more complete but also a much more readable poet for us than his contemporaries, William Langland, the author of Piers Plowman, or the anonymous but perhaps even more remarkable author of Pearl and Sir Gawain and the Green Knight. But no scholar disputes that these contemporaries were gifted and serious poets; indeed, to those who know it, the reign of King Richard II (1377-99) may now seem quite as rich in poetry as that of any of his successors except Queen Elizabeth I and King James I. Much of merit survives from the period before Chaucer, in whose day English came to rival French as the vernacular literary language; and much of the verse in English from between the end of the Anglo-Saxon period and the fourteenth century was not written down or has not survived. The reason that, in mid-fourteenth-century England, writing in English suddenly came to rival that in French is that English itself suddenly triumphed in social life; in 1363 Parliament was summoned in English for the first time.