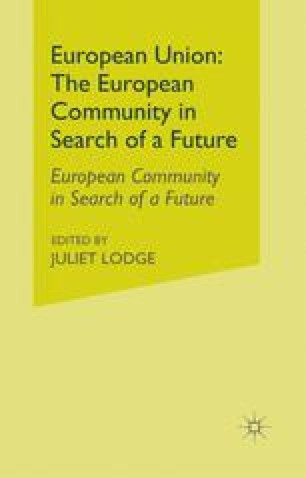 European Union: The European Community in Search of a Future pp 104-124 | Cite as

The main struggle in the Institutional Committee over the section of the Draft Treaty on international relations, as indeed over the Treaty in general, was between those who wanted an ideal federal constitution, which would have had no chance whatsover of being adopted, and those who believed that we should aim at practical possibilities, attempting to solve the main problems facing the Community, but without restricting ourselves to compiling a compendium of current practice which would have got no one anywhere. (I leave aside those Danish anti-marketeers and the few British and Greek left-wing Socialists who would have preferred to destroy the Community altogether. Fortunately their attendance in committee was perfunctory, and their influence nil.) As rapporteur for international relations in the Draft Treaty, I aimed somewhere between the most effective possible arrangements and what I believed we might realistically hope to achieve.

Member State Foreign Policy International Relation European Council Common Action
These keywords were added by machine and not by the authors. This process is experimental and the keywords may be updated as the learning algorithm improves.
This is a preview of subscription content, log in to check access.