New Directions in the Social Sciences and Humanities in China 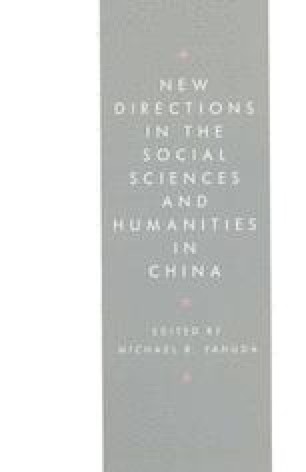 Pre-Modern History: Some Trends in Writing the History of the Song (10th–13th Centuries)

During the Cultural Revolution period (1966–76), there were some bold efforts to integrate a few sinicised Marxist concepts with selected bits of pre-modern Chinese history and to use them to conduct political campaigns. Two attempts were especially striking: adapting the idea of class struggle to a very Chinese Two-line struggle’, in this case, the struggle between backward Confucians and progressive Legalists; and modifying the idea of restoration to explain how that struggle swayed back and forth through the centuries until the present.1 After 1977, these efforts were condemned as having gone totally astray; it was said not only that politics had overwhelmed history-writing, which was not surprising, but also that the political struggle of the time had led to the abuse and distortion of key Marxist ideas themselves. The pent-up anger against that particular development in ‘political’ history as inspired by the Gang of Four and epitomised by the writings of Liang Xiao and Lo Siding came across with great vehemence. Since then, nothing published between 1966 and October 1976 is considered to have had any merit in it whatsoever. One aspect of that ‘political’ history which aroused the greatest indignation among some orthodox Marxists, was the way the writing of pre-modern history between 1973 and 1976 had turned economic base and superstructure upside down.

Song Dynasty Thirteenth Century Historical Materialism Chinese History Class Struggle
These keywords were added by machine and not by the authors. This process is experimental and the keywords may be updated as the learning algorithm improves.
This is a preview of subscription content, log in to check access.