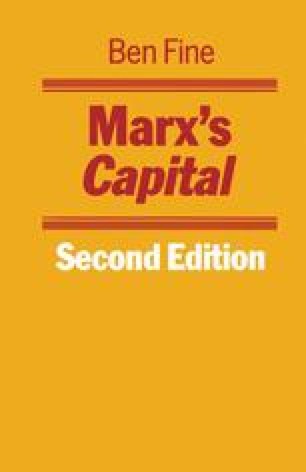 The Transition to Capitalism

So far we have characterised capitalism as a mode of production and revealed the logic and consequences of its compulsion toward accumulation. This provides us with a framework in which the development of capitalism as the world’s dominant mode of production can be understood. For, having uncovered the relations of production specific to capitalism, we can isolate the forces behind their creation from the mass of phenomena peculiar to bourgeois revolution. Marx devoted a large section of Volume I of Capital to the task of interpreting the genesis of British capitalism, and this must stand as a major application and confirmation of his conception of historical change. Here we can only outline the theoretical aspects of his work, and refer the reader to Capital and later Marxists for more concrete study of the causes of the nature, timing and location of the first industrial revolution.