The State of the World Economy 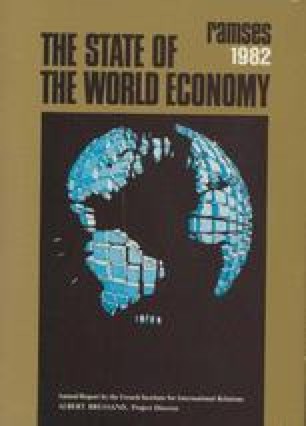 Oil and economic development in the Arab World

Since the 1973 oil shock, the stereotype of the wealthy and spendthrift Arab has assumed almost mythic proportions, masking a less prosperous reality. In 1982 the vast majority of Arabs continue to live a life of poverty and even destitution. The most generous estimates put the combined national populations of the five Gulf states (Kuwait, United Arab Emirates, Qatar, Bahrain, and Oman) at no more than 3 million. Together, the new oil EI Doradoswhich, of course, include Saudi Arabia and Libya-represent less than 10 percent of the total population of the Arab world.