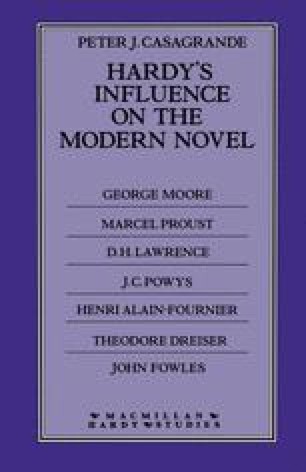 In the late summer of 1909, as an oft-told story goes, Marcel Proust secluded himself in his rooms at 102, Boulevard Haussmann, Paris, to devote himself to the writing of Remembrance of Things Past, the masterpiece he had begun some two years before, would essentially complete by 1912, and would continue work on until his death in November 1922. It is now clear that, in various forms, Remembrance had been under way well before autumn 1909: in the never-completed novel Jean Santeuil, written between 1896 and 1900; in several of the pieces collected under the titles Pleasures and Days in 1896; in Proust’s translations (and prefaces to the translations) of John Ruskin, completed in 1904 and 1906; and in Against Sainte Beuve, a long critical essay written in 1908.1 In the years between the publication of Pleasures and Days and the completion of the first version of Remembrance in spring 1912, Proust, in a wide and varied course of reading, had found especially attractive three English writers: Ruskin, whom he for a time championed for his devotion to art and his love of the past; George Eliot, the English novelist whose treatment of time and memory, particularly in her autobiographical Mill on the Floss, Proust found instructive to his own effort at the recovery of time past; and, somewhat surprisingly, Thomas Hardy, who in the 1890s, when Proust was getting under way as a novelist, was bringing his own career in fiction to a most impressive end — with Tess of the d’Urbervilles, Jude the Obscure and The Well-Beloved.

Manor House Sexual Impulse Happy Child Human Love Human Passion
These keywords were added by machine and not by the authors. This process is experimental and the keywords may be updated as the learning algorithm improves.

There is no better way to begin to realize what one feels oneself than to try to recreate in oneself what a master has felt. In this deep effort it is our own thought as well as his that we bring to light.

When you read, you quickly extract from those authors you admire what you consider essential or novel because you have your masterpiece to write, and this so preoccupies you that you look on everything in the world around you as so much raw material.