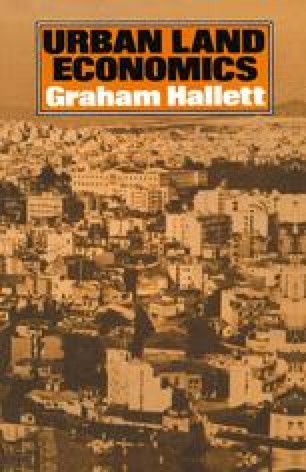 Town planning in some sense is as old as towns themselves. The pendulum has, however, swung between the tight formal layout of the baroque city and the minimal planning of early 19th century boom towns or some Third World cities today. The history of cities (as reviewed in Mr. Lewis Mumford’s splendid, if not unchallengeable, book)1 suggests a need to balance some measure of control with variety and initiative. Some of the most humane urban environments — such as the medieval city — have been produced under a type of planning which, within broad rules, allowed considerable scope for different styles and uses. Too much uniformity, or an excessive segregation of uses, can destroy the ‘life’ of a district. Sometimes this segregation results from market forces; suburban living has led to business districts which are ‘dead’ after 5 p.m. But an even more pervasive influence (in some countries) has been the principle of segregated uses recommended by the ‘Charter of Athens’ in 1933. The virtues of mixed uses was perhaps the most telling point in Miss Jane Jacob’s polemic against the planners, and one which now seems to be gaining acceptance.2

Land Market Discretionary Power Century Urbanisation Development Control Town Planning
These keywords were added by machine and not by the authors. This process is experimental and the keywords may be updated as the learning algorithm improves.

The issue is therefore not whether one ought or ought not to be for town planning but whether the measures to be used are to supplement and assist the market or to suspend it and to put central direction in its place. The practical problems which policy raises here are of great complexity, and no perfect solution is to be expected.