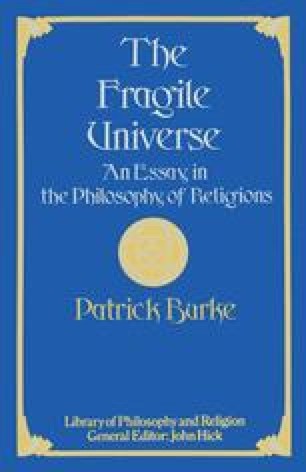 The traveller through the regions of the Nile and the Ganges, if he passes by the stagnant ponds the currents have dug out and abandoned, will see lotuses rising out of the slime and ascending through the muddy water, leaving the surface behind and climbing up into the air, and opening their buds, bursts of colour spurning the touch of the water and dirt that bears them. If such a flower grew only in the beautiful places appropriate to it, it might leave the observer unmoved. But its detachment from its squalid home is striking. It seems a natural symbol of purity, of wisdom, of the yearning to leave behind the sordid and low, to be untouched and virginal, to ascend to the exalted realm of the ideal and the spirit. Thus the lofty dreams that stir our hearts gather shape and energy from the very slime they reject. The ideal beyond history emerges out of the mud of history, in the shifting tides of act and passion that pit men against each other and themselves, isolate them from one another, and draw them briefly together.

Religious Faith Confucian Tradition Chinese Origin Moral Evil Peaceful Coexistence
These keywords were added by machine and not by the authors. This process is experimental and the keywords may be updated as the learning algorithm improves.
This is a preview of subscription content, log in to check access.