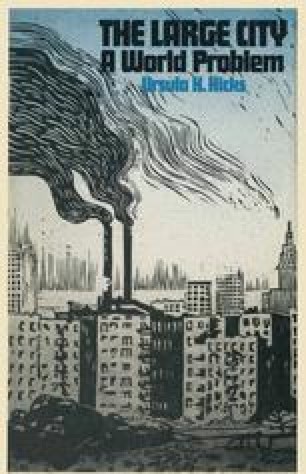 We come at last to what the inhabitants of Tokyo now regard as the greatest menace: Pollution in all its forms. We have to distinguish between water pollution and land subsidence on the one hand and air pollution on the other. Nowhere in the world is air pollution worse than in the Japanese cities, not even in New York and Los Angeles. As usual the situation is at its worst in Tokyo; but it is also very serious in Osaka. Water pollution is also very prevalent but in principle in Japanese conditions (with a good rainfall) it is easier to control. In fact measures dating from the middle sixties have already effected some improvement. Once again the situation is worst in Tokyo. In Osaka it is to some extent mitigated by the smaller size of the conurbation, and by the fact that it has a really big river flowing through it (issuing from Lake Biwa, the largest inland lake in the country). Although this water is to some extent already polluted when it enters Osaka, it does give the place a good scouring. Moreover Osaka has a much firmer policy of segregating residential and industrial property than Tokyo. Hence the big fight against pollution is in Tokyo.1

Sulphur Dioxide Biochemical Oxygen Demand Land Subsidence Hydrogen Fluoride Large Item
These keywords were added by machine and not by the authors. This process is experimental and the keywords may be updated as the learning algorithm improves.
This is a preview of subscription content, log in to check access.