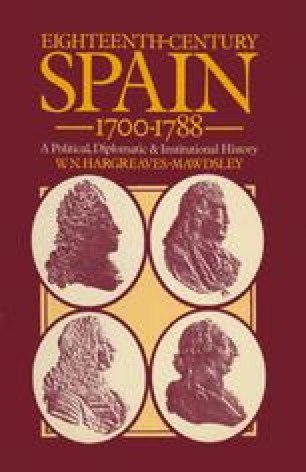 In 1700 Louis XIV, ‘Mars Christianissimus’ as Leibniz had satirically called him, had been at work disrupting Europe for nearly thirty years. By 1688 France stood alone confronted by a coalition in which difference between Catholic and Protestant mattered not at all. The Emperor, the King of England, the Grand Pensionary of the United Provinces, the Great Elector of Brandenburg and others with various forms of statecraft and different churches were sworn to fight together to bring France down.

United Province French Army Spanish Court Grand Inquisitor Grand Alliance
These keywords were added by machine and not by the authors. This process is experimental and the keywords may be updated as the learning algorithm improves.
This is a preview of subscription content, log in to check access.